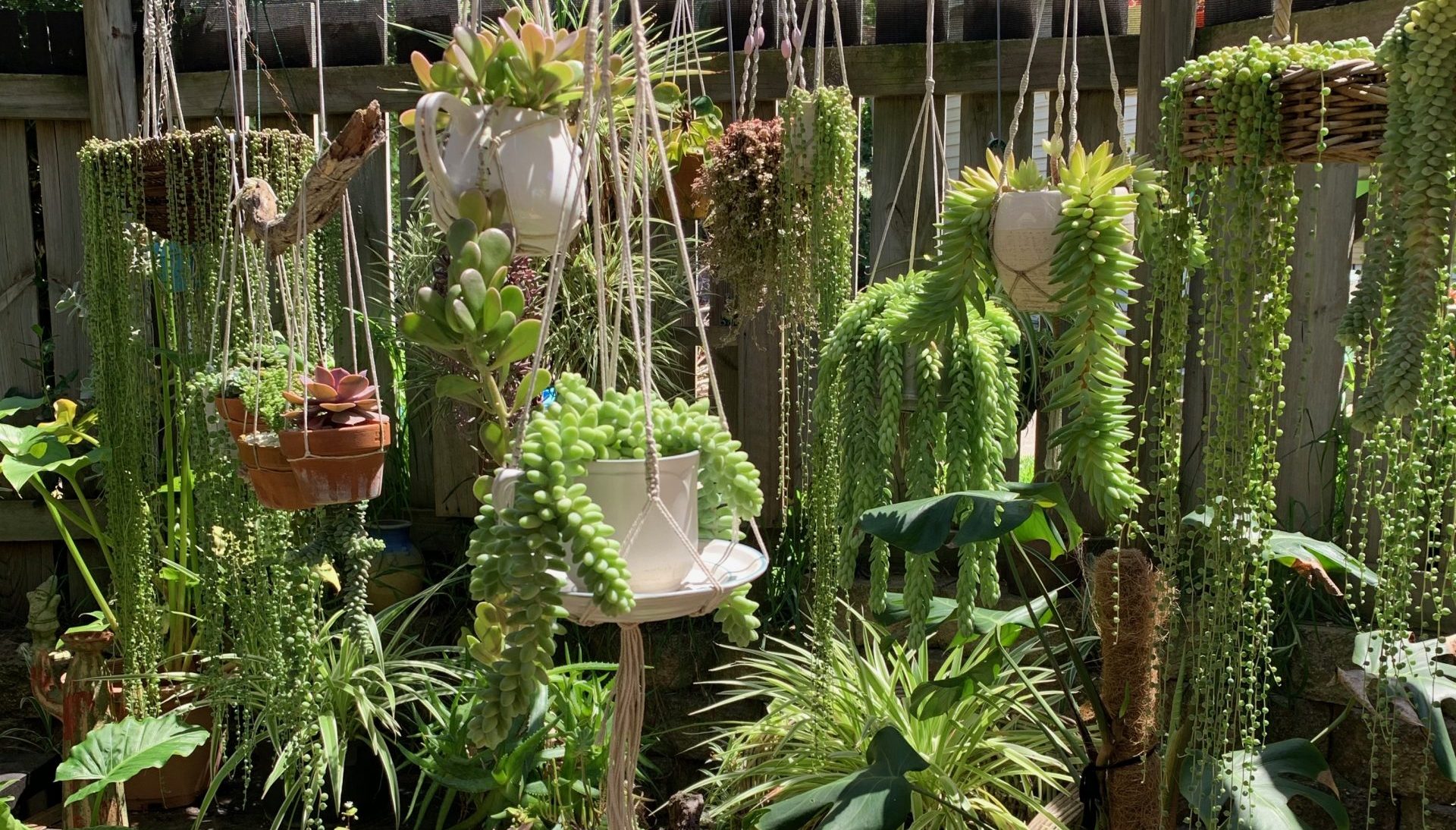 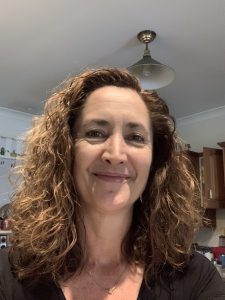 We met when I worked in the Office at our kids school, and I still remember one of Mel’s end of year gifts to me being a gorgeous thrifted teacup with a succulent inside! We were both born in the eastern suburbs of Melbourne and as we recently discovered, were even born in the same hospital! We didn’t cross paths until years later and Mel now blames me for her indoor plant addiction!

Mel’s “Thrifty Succulents” passion (and also the name of her wonderful Instagram account) started while waiting for her kids outside an op shop in 2015. After spying a Donkey’s tail that she “had to save”, along with a teapot, she combined the two and fell in love with all things succulent, along with repurposing anything and everything into plant pots.

Let’s back up to when Mel was young. She recalls the influence of her “Tetta”, the name taken by her Grandma when her big brother couldn’t pronounce Grandma when he was little. Tetta lived about 7km away from their family home, and Mel remembers her having a lovely little greenhouse and a passion for hoyas, cactus, terrariums and not surprisingly growing strings of pearls, which Mel clearly has inherited a gift for! She remembers being sent home with cuttings Tetta had propagated, and that she had a Maiden hair that would be every C.I.P.P.A’s envy, that grew around a fish tank that housed huge flourishing fish!

After moving to Perth in 1992 at the age of 23, she met her still husband Barry within 2 months. Three years later, their first daughter Alex was born and Mel recalls getting their first house and trying lots of plants (often unsuccessfully). Their first plant together was a peace lily they called “Trevor”, the name now given by them to all Peace Lily’s (or Trev’s as they are now reclassified). Mel loved orchids and African violets amongst others, but alas she said, they didn’t love her back. Even her pearls weren’t thriving, but her kids recently confessed that the 4 of them (Alex, Nathan, Lauren & Shannen) used to pull them off and throw them at each other, so not surprising really!

After 18 years in Perth, they moved to Victor Harbor, SA  and left her “fronds” behind with friends. Their new house remained plant-less for 5 years, until Mel was gifted a Prayer Plant and didn’t kill it! After taking her thrifty succulent addiction to wonderful heights she has been a regular in my shop since opening in 2018. I mean, she couldn’t not support her friend, could she? Not only did she support me in this way, she also saved me from the fetal position with her incredible help as a C.I.P.P.A Moderator.  I am forever grateful.

And beautiful Tetta, she lived to the ripe old age of 104. Well us C.I.P.P.A’s know how good plants are for the soul….